After Effects of the Nor’easter
The Modest Choice 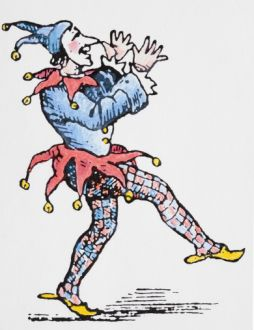 April Fools’ Day is known for being a day of play and practical jokes. Some people love this day while others can’t wait for it to be over. There are several theories on how this day came to pass. One theory was that France changed its calendar in the 1500s to match the Roman calendar. This change made the New Year begin in January like it still does today. There were some people who chose to still celebrate the New Year in spring, and became known as “April fools.”

However this day is known for pranks so maybe another theory by Joseph Boskin makes better sense.  His theory is about a king who let a court jester become king for a day of the Roman Empire on April first. No matter how it came to pass it is a tradition at least for now and for the people who love pranks they refuse to give it up.

To see the “Top 100 April Fool’s Day Hoaxes of All Time” visiting the following link. www.museumofhoaxes.com/hoax/aprilfool/

This is only a preview. Your comment has not yet been posted.

The letters and numbers you entered did not match the image. Please try again.

As a final step before posting your comment, enter the letters and numbers you see in the image below. This prevents automated programs from posting comments.

Having trouble reading this image? View an alternate.

Comments are moderated, and will not appear until the author has approved them.

(Name is required. Email address will not be displayed with the comment.)